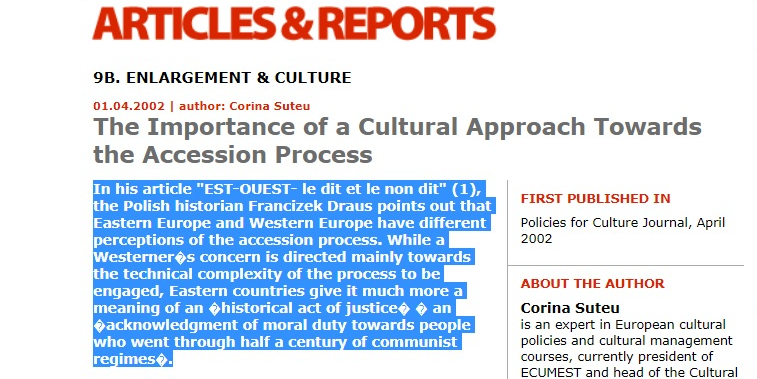 In his article "EST-OUEST- le dit et le non dit", the Polish historian Francizek Draus points out that Eastern Europe and Western Europe have different perceptions of the accession process. While a Westerner's concern is directed mainly towards the technical complexity of the process to be engaged, Eastern countries give it much more a meaning of an "historical act of justice an acknowledgment of moral duty towards people who went through half a century of communist regimes".